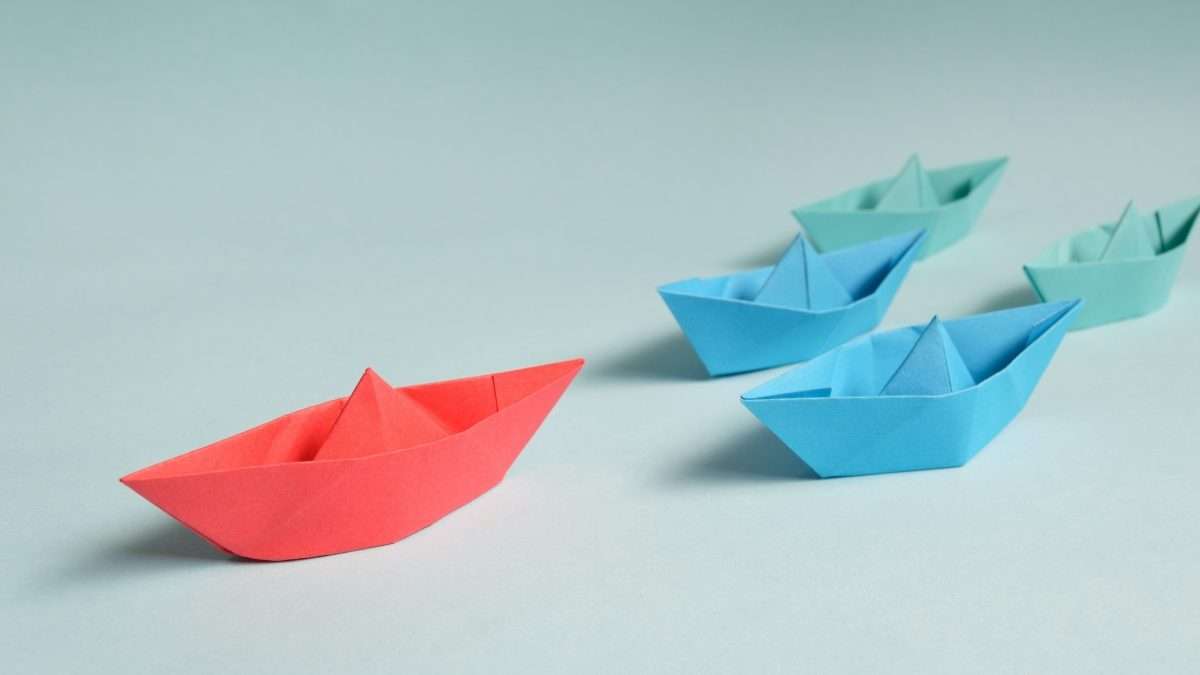 We bet you are thinking, “What do pirates have to do with tech business?“. Pirates are widely thought of as being bloodthirsty, uneducated, seafaring anarchists. We are not here to tell you that wasn’t true for some pirates. Due to their fictional depictions, they are often overlooked greatly but all of us should take inspiration in some form from their progressive ideas and pioneering mindsets. Find out what Pirates and tech businesses can do similarly.

In the Tech business, people tell you that the qualities you need to be successful are you have to be a passion, innovation, vision and persistence (just to name a few). They are right. If you have a killer product but none of these qualities then the barrier to success is up. However, if you can also embody all of these qualities then you’re onto a winner and who doesn’t like winning. This article is going to help you grow your business to the heights you know it’s destined for by learning from our seafaring friends the Pirates. Why pirates?

1 – Being disruptive has never been so rewarding. Pirates and tech businesses should be disruptive


To coin the term used by the author Sam Conniff Allende in his book ‘Be More Pirate’, pirates set out to create “good trouble” (go check it out ‘Be More Pirate’). Pirates were individuals who felt like society let them down so they took it on themselves to make a new one. They did this by surrounding themselves with like-minded individuals, just like you and your employees. They worked together toward an end goal of change. Young people in the early 1700s were dissatisfied with the incompetence of their governments. Working conditions were poor, it was very hard to earn a decent wage and there was very little sense of an ability to progress in society. Rather than being sheep, they broke away to rebuild and correct. They took to the seas away from the bureaucracy of the land to cultivate their own societies.

Just like pirates, you’ve most likely seen an issue and thought “I know how to fix that”. Yes, your idea may cause disruption to the ‘status quo’ in your sector, but that’s healthy. Where would we be now if no one challenged the status quo? The best example is Netflix. A company that only took to an online platform in 2007 and is now #2 on Forbes’ 2018 top 100 digital companies. When they started on the online platform, they were looked down on by the giants in the film rental industry like Blockbuster. Who ended up passing up the chance to buy Netflix for the small sum of $50 million (Netflix is now worth $150 billion and growing rapidly). They acted like the pirates took a risk against the grain and it paid off. If you want your tech business to sail the seven seas I’d recommend checking out this article on brand strategy.

2 – Pirates, the creators of the first Meme? Pirates and tech businesses relating through humour?


If someone was to say, pirate, the first thing you likely think of is the Jolly Roger. A kids-party staple or one of the most feared flags in history. The flag itself was actually used by pirates to reduce violence during raids on enemy ships. Purely flying the flag before an attempted boarding would drastically improve the odds of a ship turning itself over without trouble as they knew what they were getting into if they were to escalate the situation. The best example of this was when in 1720 Captain Bartholomew Roberts sailed into Trepassey Harbour with the Jolly Roger up and all 22 ships in the harbour turned themselves over without a fight.

As a Tech business, we are not claiming to get yourself a brand logo that strikes such fear into your competitors’ hearts (you are not a law firm in a US tv series). Instead, have one that tells everyone exactly who you are and what you do. Don’t be afraid to be different as a business and use marketing strategies to help give yourself more than an edge over your competitors. Using effective marketing strategies you can scale your business faster and sell more effectively. Not sure if your business is checking all these boxes? Read the guide to success here.

A little bit of trivia for you. The Jolly Roger could also be argued to be the earliest meme. The Oxford Dictionary states that a meme is “an element of a culture or system of behaviour passed from one individual to another by imitation or other non-genetic means”. Do you think Jolly Roger didn’t do exactly that? Spreading its message from person to person by word of mouth. If you want to go viral then gehttps://www.3coloursrule.co.uk/london-branding-agency/t make sure to work with an agency like 3 Colours Rule.

As the passionate businesswoman/man you are, you can’t help but bringing on task after task, problem after problem to try and tackle. But don’t be fooled into thinking this is a good idea. Yes, of course, there may be times that call for it but on the whole, limiting your concentration will reduce overkill and under preparation. You also need to think about the opportunity cost which you’ve got to think about. Flitting from project to project may be necessary sometimes but if you can nail one at a time then you are more likely to be efficient in your work.

This is something pirates managed to do religiously. Furthermore, they had the social structure to do so effectively. Pirate ships were not run like the tyrannical regime you may have imagined but instead in a very progressive egalitarian manner. Contracts were signed by the ’employees’, there were frequent meetings on the running of the ship and decisions as large as allowing civil partnerships were passed with haste.

4 – The most successful in the world are Pirates.

What is the biggest company in the world? We all know the answer to that question is Apple. For the 40th anniversary of the company, the Jolly Roger itself was flown outside the Apple HQ.

The answer to why is Steve Jobs wanted to remind people that even though the company was growing to the size of a navy it should never forget its original ethos which encompassed a pirates sense of rebellion and independence. Arguably the most innovative company in the world is Tesla. Elon Musk is making underground road systems, making cutting edge vehicles and trying to inhabit Mars, along with many other incredible plans. He’s fundamentally a disruptor and a rule changer, embodying the pirate code.

5- Everyone is rewarded equitably

It’s not that surprising to see CEO’s of big companies earning 1000x that of an average worker. The pay gap between CEO’s and their average employee has never been larger. The CEO of McDonald’s earned $21.8 million in 2017, that’s over 3000 times that of his base rate workers. The pay structure on a pirate ship meant that a captain could only earn 2x that of his average crewman and the same as his quartermaster. Navy captains from the same period earned comparatively much more. Additionally, pirates used workplace compensation in an equitable manner depending on the injuries severity. There are many companies that could learn a thing or two from the pirates.

6- You are the social influencers. Pirates and tech businesses should both be influencers to win


This one is mainly for tech business start-ups. You want to create a change with your idea. Whether that be, getting people to send annotated pictures to one another rather than just text or lowering emissions created by the freight industry to help save the world. To create a social change, psychologist state there are 8 main social influence processes which can help make it happen. These are:

If you can associate your business with as many of these processes as possible then you’re more likely to succeed in spreading your name. Pirates managed to tick nearly all these boxes. Commitment; during difficult circumstances, if you can stay consistent with your idea then people are likely to take notice. An example of this in business is Elon Musk and the electric car branch of his many endeavours, Tesla. In October 2018, Tesla share prices dropped to just over $250. However, Musk has shown people how much his technology is needed and how much he cares about the company which has resulted in a bounce back to $346 as of 17th January 2019. This is consistent with pirates who were prosecuted for their actions and beliefs yet stayed consistent and in turn, people took the time to look into their ideologies and pirate numbers grew.

Consistency is generally recognised as the single most important factor for a minority to be successful. Initially, people might wrongly dismiss your idea as not being necessary or being flawed. Though if you are to stay consistent then the majority (in this case potential investors or buyers) may take your position more seriously. This is because people realise that you must be sufficiently confident in your idea to maintain it over time.

Relevance is, of course, pivotal in the success of a tech startup. In this age of social media, if your idea is in line with prevailing social trends then you are on a fast track to success. For example, Artificial Intelligence is starting to come into the forefront so if your business plan is relevant to that then you’re likely to find it easier to catch people attention. The Golden age started up in the early 1700s because the war between England and Spain had ended. This left many sailors previously hired as ‘Privateers’ by the government, now unemployed. The once ‘Privateers’ decided to become ‘Pirates’ and due to the large numbers of people in the same position, their ideology spread fast and the pirate population increased.

The snowball/domino effect is another valuable technique to employ at any stage of business but especially as a startup. Just like seeing someone eating ice cream in front of the van is more likely to make you buy one, the same goes for business. If you get people using your brand or at least the illusion then outsiders are much more likely to get involved. You can do this through the employment of effective marketing/branding techniques.

Where now? What is the connection between Pirates and tech Businesses?

We need more pirates in the tech business. Run your business in a fair, equitable manner. If you notice something is wrong in your business then be the person to make the change and when you’re onto an idea then finish it before distracting yourself. Make yourself a globally recognised brand through the use of top marketing techniques. If pirates in the 1700s were able to make themselves a brand that is still recognised today then there is no reason why your business can’t be. Now you can tell your friends you’re going to be a pirate without having to be getting ready for a fancy dress party. Pirates and tech businesses can be very similar and they should be.

You may also want to read

The biggest mistakes tech companies make when creating their app

This is trueWe are giving away our report

Discover what are the key consumer drivers that you need to know in the tech industry, to make your next strategic moves and scale your brand.